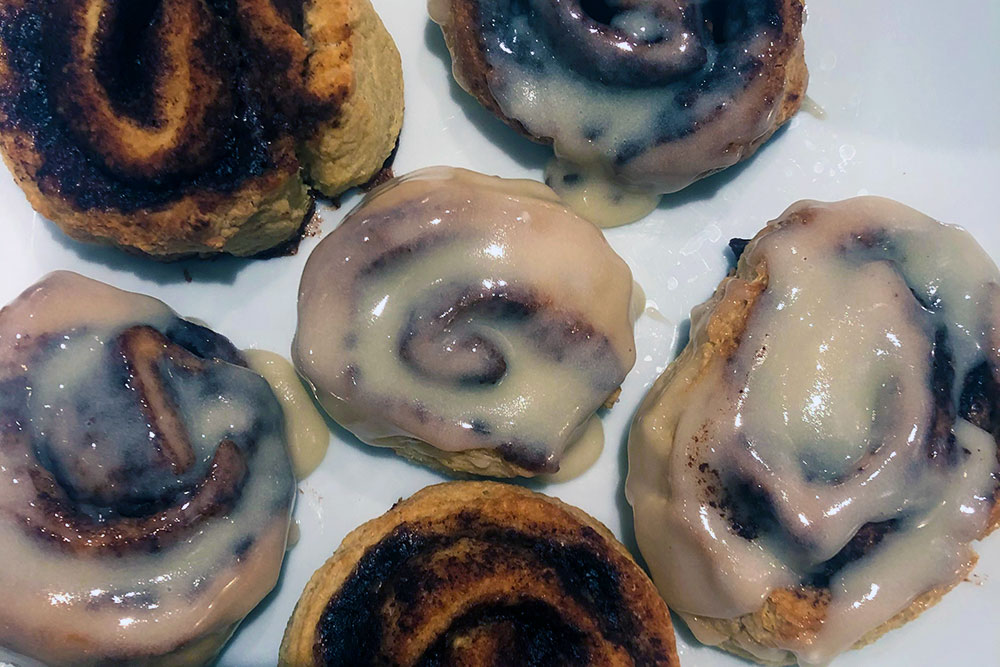 1. Warm almond or soy milk on the stove (I do this by putting it on low heat for a few minutes). It should be like warm bath water. Pour the warm milk into the bowl of an electric mixer and add a packet of yeast on top.

2. In a separate bowl, mix egg and egg yolk, add Lakanto sweetener, then vegan buttery spread. Mix well and add it to the mixer bowl with yeast and milk. Continue to mix with mixer. Gradually add flour and salt until dough begins to form.

3. Knead dough by hand on a clean surface with flour for about 10 minutes. Dough should form into a ball and be only slightly sticky. If it’s sticking to your hands and the surface, add in approximately 2 tablespoons more of All-purpose flour, and reassess. If needed, you may add more flour, just be cautious not to make the dough too dry.

4. Transfer dough ball to a well-oiled bowl, cover it with a plastic wrap and a clean dish towel. Allow dough to rise for 1 to 1 ½ hours.

5. After dough has risen, transfer it to a well-floured, clean surface and roll out into a rectangle.

6. In a bowl, mix Lakanto gold and cinnamon. Add softened vegan buttery spread for the filling and mix them all well with a spoon.

7. Spread this mixture evenly on the dough rectangle.

8. Roll the dough up tightly and evenly.

9. Cut the rolled dough into 7-8 equal pieces. Ta-da! You’ve got your cinnamon rolls…

10. Grease your baking pan (I like to use avocado oil).

11. Place the cinnamon rolls onto the baking pan, leaving enough distance (at least 1 inch) between them.

12. Cover the rolls with a plastic wrap and a clean dish towel again and let them rise for 30-45 minutes.

13. Preheat the oven to 350 degrees F. Remove plastic wrap and towel and bake cinnamon rolls for 25 minutes or until slightly golden brown on the edges. While letting them cool for a few minutes, make the frosting.

15. Pour over cinnamon rolls and enjoy! 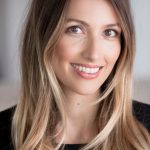 Dr. Bojana (Boy•ana) Jankovic Weatherly is an award winning physician, double board certified in internal and integrative medicine. After completing internal medicine residency, she did a fellowship in integrative medicine, trained in functional medicine, nutrition and mindfulness. Her approach is rooted in evidence-based medicine that is personalized to each individual she works with.